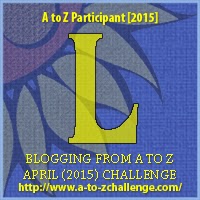 I haven’t posted any fiction in a while. Here’s a short story.

Jason held his infant daughter in his hands and asked her a question he hardly expected her to answer. “How am I going to explain you to my wife?”

The baby reached up and grabbed his nose. Jason sighed. “Maybe it won’t matter. Maybe there’s no way anyone could fail to love you. You are the cutest baby in the world. You know that, right?” She giggled at that, or maybe it was just gas.

Jason heard the sound of a car pulling into the driveway outside. That would be Helen. He sat the baby down and ran to meet her at the door. He didn’t know where to start explaining and just wordlessly helped her with the groceries.

Just after Jason set down the last load, Helen asked him “Have you taken up babysitting, Jason?” He guessed that she must have peeked in the bedroom while he had been outside.

Jason said “Not exactly, dear. Lilith is going to be living with us on a more permanent basis.”

Helen frowned. “Now I know you didn’t go adopt a child without me; I’m not sure that would even be legal. What is this all about?”

“I don’t exactly need to adopt her. She’s already my daughter…biologically, I mean.”

“You cheated on me?”

“Well she’s too young to be from before we got married, and maybe you’ll think this is crazy but I do believe I would recall if I had been pregnant and given birth, so what else would you call it?”

“I didn’t have a choice in the matter.”

“And your male pride kept you from telling me at the time?”

“I didn’t know at the time. I wasn’t conscious.”

“If you were drugged that’s an even stupider thing to hide. I don’t want to accuse you of lying, but you certainly picked a convenient time to tell me.”

“I didn’t know any of it before today.”

“That doesn’t make sense. And who names a baby girl ‘Lilith’ anyway? Isn’t Lilith a demon or something?”

“Her mother named her, after her own great-grandmother I think she said.”

“So who is it anyway? Anyone I know?”

“It’s not even anyone I know. You’re going to find this part even harder to believe than the rest.”

Jason was saved from further explaining when a great ball of smoke and fire appeared in their bedroom. The fire somehow just burned, without buring anything, and then it stopped. When the smoke cleared, standing in what had been the center of the fireball was a dark-skinned woman with hair the color of fire. She had two small horns in front of her hair and an arrow-shaped tail sticking out of her short skirt.

Jason said “Well that makes things easier. Helen, this is Lilith’s mother. Not that I’m complaining, but what brings you back-”

Helen squealed “Brima!” and hugged the newcomer. “I haven’t seen you in years!”

Jason’s headache got worse. “You two know each other?”

Releasing Brima, Helen said “Yes, but I think the details of that can wait. Brima, why’d you leave your baby with us? Can’t you take care of her yourself?”

Brima said “I thought I couldn’t. I wasn’t really supposed to get pregnant by a human, you know; we generally alternate generations between human and demon fathers, and Lilith has too much human blood to be able to survive living in the demon world. However, the reason I’m back here is that it turns out I don’t have so many obligations back home after all. In fact, I’m banished.”

“Because of you. Asmodeus found out I let you see me; he said he wouldn’t care that it was an accident the first time even if I hadn’t kept coming back to you.”

“Don’t be. It was worth it. No one can give a tailjob like you can. So,” Brima said while rubbing Helen’s hair “can Lilith and I stay with you?”

Helen said “You want a demonstration? Okay, but not in front of the baby. Brima, of course you can stay, on one condition. The next time you get the urge to enjoy yourself with my husband, wake him up first. And me too, of course.”

3 thoughts on “L is for Lilith”