Ever wonder if the Enterprise could keep up with the Millennium Falcon,  or how the Swordfish II would fare against a Colonial Viper?

Realism can mean different things to different people, and some people seem to think it doesn’t matter at all in science fiction and fantasy. Especially fantasy since the definition of the genre requires things that aren’t possible in reality.

But then there are just as many who insist on the opposite, and think everything in fiction has to have a basis in reality. Even though I have “magic” with a “scientific” explanation in my own work, I don’t agree with this.

No, the way I see it is this. Explicit fantasy elements are just that; explicitly unrealistic. But everything else in the story, things that actually exist in real life, should still be held to realism. For example, Superman can be strong enough to lift a plane with one hand; but the plane shouldn’t be strong enough to support it’s entire weight on an area the size of a hand.

This isn’t the first time I’ve mentioned it this month, but I’ve almost finished my first novel, which will be the first in a series called Project Quintessence. The working subtitle for this one is still Hearts of Fire.

You could think of it as “portal fantasy” in reverse; a young woman from a steampunk/fantasy world is transported to a world much more like ours…but it doesn’t stay like ours for long, because contact with other world causes changes in what is and isn’t possible. Like I’ve said before, magic, monsters, and mecha.

I’ve never really seen poly relationships in YA before, so it might stand out some in that respect. Hey, “portal fantasy” and “polyamory” also start with ‘P’.

Possibly the most famous example of fictional physics in anime would be the Minovsky particles and Megaparticles from the Universal Century Gundam timeline. Megaparticles are easier to explain; so called because they are large for a subatomic particle, their properties are the explanation for most of the more futuristic weaponry.

Minovsky particles are more interesting because they show how committed Tomino was to justifying what he thought needed to be justified, even though he could have easily gotten by with no explanation for this. (But Tomino’s ideas of what was and wasn’t realistic weren’t always right. The Guntank, actually more realistic than walking mobile suits like the Gundam, was phased out for being “too super robot” just because Getter-3 also had treads instead of legs.)

END_OF_DOCUMENT_TOKEN_TO_BE_REPLACED

Pop quiz time: what do Tekkaman Blade, Gundam 00, and Battle Angel Alita have in common? 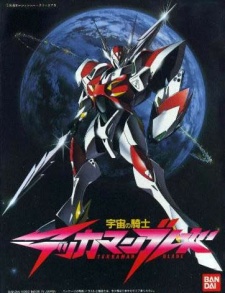 (Well, the Orbital Ring in Tekkaman actually isn’t as far from the Earth as one should be.)

END_OF_DOCUMENT_TOKEN_TO_BE_REPLACED

Tomorrow, I’m going to finally get around to starting a new series of posts that I’ve been planning for a while. I’ve always liked books and articles that connect science fiction and fantasy with real science, with The Physics of Superheroes being one of my favorite non-fiction books.

So I’m going to attempt something similar, but focusing mostly (maybe not entirely) on anime and manga. Most of these posts won’t be especially in-depth or technical, but I hope they can be a fun way to explore a few concepts.

I guess it is already Friday in Japan. I don’t think my favorite genres are that much of a surprise.

I Read Encyclopedias for Fun

Most authors love to read.  But what exactly do they read?  Do they read the same genre that they write in? Or do they read something completely unexpected? It could be some form of fiction, non-fiction, comic book, or even the dictionary.  Let’s find out what our authors like to read.

Question 9: What are your favourite genres to read?

My favorite genres to read are the same as the genres I like to write.  That would be science fiction, fantasy, and a little mystery or crime thrown in.  I have a soft spot for post apocalyptic or dystopic science fiction and dark fantasy.

I’ll read just about any genre as long as it really draws me in. But the stories that I love the most are ones with a twist in them – something you don’t see coming. I find twists happen more in…

On the Edge of Enlightenment
Create a free website or blog at WordPress.com.