Last year I did a list of unusual transformations that are still among my most popular posts, so here’s an addition to it.

Oh, and here is a more complete article about the McDonalds Changeables, which I included on the previous list but had difficulty finding much about. 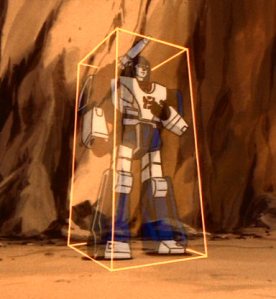 One of the original Transformers. I mentioned him as a side note in the previous list, but didn’t think race cars should take more than one spot on the list. But after completing the list I was made aware of something I hadn’t known.

Formula 1 cars cannot drive on normal roads. I don’t mean they just aren’t street legal; they literally can’t drive on any road that has a “crown”, or on any surface that isn’t completely flat.

(Mirage does manage to drive on regular roads in the cartoon despite the fact that the real vehicle he looks like can’t, but this could only be accomplished by some kind of inaccuracy, and is only one of several factors that make him by far the most conspicuous of the original Autobots.)