So it’s been rumored that Transformers: The Last Knight has Merlin in it, but it looks like the Monkey King from Journey to the West also exists in the Transformers movie universe.

Apparently this is a Chinese movie that is actually being made. Not much else is known. 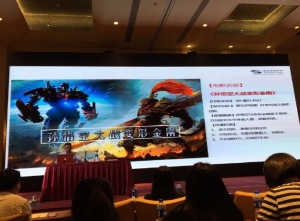 Apparently there were a lot of fan comics of this nature in China in the 1980s. Which makes this an official movie inspired by fanfic?