I needed to write a description of a character the other day and started with the word “moralistic”, but thought there might be a better word so I looked for synonyms.

It’s possible that I didn’t look hard enough, but as far as I am aware, the English language does not have a single adjective that means either “thinking and talking about morality a lot” (which was what I was looking for) or “advocating moral concepts” that doesn’t either directly suggest hypocrisy, or have a conflicting alternate definition.

The definitions of the related word “moralist” even directly show the increasing cynicism of the language; at Wiktionary, at least, the original definition, “a teacher of morals”, is listed as “obsolete”, while the first definition is considered pejorative and has the clause “especially one who enforces them with censorship”.

I’m fairly sure that the way this kind of thing happens is that self-righteous people associate themselves with certain words so much that when fewer and fewer people agree with them, some of the words go with the attitudes of the people who were misusing them.

Or in other words, words whose literal meaning would be closer to this

are instead applied to this 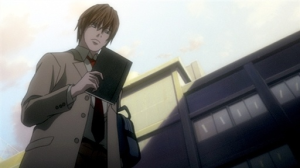 Actually, with “moralist” it has gone further and affected perception of the ideas the word represents. Any progressive who advocates a higher standard of behavior (and thus is a “moralist” by the “obsolete” definition), is accused of promoting censorship (the worst interpretation of the word’s other definition) even if they never said any such thing, and even if neither the original person nor the accuser actually used any word with definitions that overlap that way.

(It is, of course, possible that such reactions come from a misunderstanding of “free speech” itself, but cynicism-fueled paranoia is pretty common in right-wing politics in general, so I think it’s likely that they’re seeing implications that aren’t there.)

I used the word “self-righteous” above. But “righteous” itself is rarely used outside that phrase except by people who are kind of self-righteous, and can suggest “sanctimonious”, which itself originally meant “devout” rather than “hypocritical”. (Though that’s getting into a different category.)