“Anime character that gets on your nerves”

There are two entirely different ways I could go with this. Do I name someone who’s just plain annoying because of running gags that aren’t actually funny? Or a character who keeps making bad decisions so often I want to slap them? Maybe one of each. 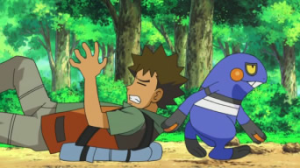 This duo from Pokemon. Now, in the original series, I liked Brock; he was generally the mature and level-headed one of the group, but this tended to leave him whenever he saw literally any girl or woman close enough to his own age (except Jessie).

The problem is that the last bit developed into increasingly stupid running gags, culminating in the typical scenario in the Diamond and Pearl series, which is this:

I’m pretty sure there were at least 50 episodes where this was essentially the only thing Brock did.

And now for the one who actually does things that get on my nerves on a different level: 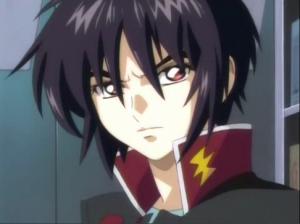 Okay, the way I see it, Athrun is the actual protagonist of the series no matter much Shinn and Kira tend to do more than him. But Shinn is the hero or anti-hero at first. One thing that never changes is that he’s a jerk to almost everyone (except Stella) almost constantly. Things he does that really annoy me:

I also want to call out Lunamaria; somehow the fact that she thinks Shinn just killed her sister seems to bring them closer together instead of driving them apart. Romance does not work that way!

One thought on “30 Day Anime Challenge Day 20: On My Nerves”